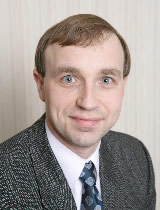 I was elected as a Labour Councillor in December 2005 in the Felling ward, succeeding John Hird.

Before being elected I held the following roles:

In 2001 I was Youth Officer in the Tyne Bridge Constituency Labour Party and from 2001-2004 I was the Leader of the South Tyneside Young Labour Group.

Currently the Felling Ward is enjoying a boost to its Centre with the newly built Asda store providing a strong retail regeneration. The new supermarket has helped to revive our Centre as have the other names who have also taken up retail space in our Centre such as Boots, Greggs and Subway. Also importantly our Centre itself has also benefitted with new road links, car parking and environmental improvements such as new tree planting. The objective is now to build upon this success with the hope we can regenerate Central Felling still further with future improvements to retail, housing and services in the area.

Overall however these are difficult times both in Felling and in Gateshead as a whole due largely to the austerity measures implemented by Central Government. Due to the large scale cuts to our Council budget by Government our local areas are finding it hard to prosper, with Felling being no exception. Despite this both myself and my fellow Labour Felling Councillors will work hard to provide and protect your local essential services despite the huge financial cuts imposed upon us by the Government.