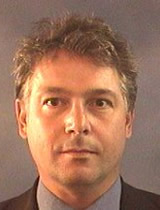 Advice surgeries are held on the first Wednesday of each month at 6.30pm at the Dunston Activity Centre, Ellison Road, Dunston

(except during August and December)

I was first elected to Gateshead Council in 2007 and re-elected in 2011 and again in 2015. I am married and have three children who studied at local schools before going on to university.

I'm a trustee of Dunston Community Centre and a governor at Kingsmeadow School in Dunston, St Aidan's Primary School in Teams and Fellside School in Whickham. For many years now I have been closely involved with the organising committees of both the Dunston and Teams festivals where I am proud to work with many hard working local people who help to make these popular events a success.

I was appointed to Gateshead Council’s Cabinet in 2015 and have had lead responsibility for Culture, Sport and Leisure including Community Safety, Economy and from 2017, Children and Young People. I have also proudly served as one of Gateshead's representatives at Tyne and Wear Fire Authority since 2008.

I want to thank the residents of Dunston and Teams for the great support they have shown me over the last 12 years and I pledge to continue to work with my ward colleagues for the benefit of both parts of ward over the coming years as a local councillor for the area.