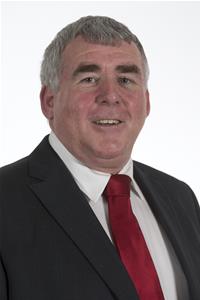 First Wednesday of the month at Gateshead Civic Centre, 6-7pm (all except August, December and Bank Holidays)

I was born at home in Edgware Road in the Deckham area of Gateshead, the youngest of 5 children, on the 1st December 1959. I remained living at home until 1983 when I moved to Lobley Hill for 2 years before returning to Mount Pleasant where I still live.

I work as the Engineering Manager Signalling on the Nexus Metro System where I have worked since 1987 having worked previously for British Rail. I have held several trade union positions including chairing the Joint Negotiating Committee as well as being a Trade Union Learning Rep and also a Health and Safety Rep on behalf of the Rail Maritime and Transport Union (RMT).

One of my roles on the Council is to Chair the Corporate Resources Overview and Scrutiny Committee, which has a responsibility to scrutinise and review a wide-ranging portfolio. I am also the Council’s Procurement Champion and a member of the Thrive Fund Advisory Group and also the Diversity Forum.

I am also a Governor of the Bede Community Primary School.